Since AdGreen began in 2014, we've wanted to involve advertising agencies in the green production conversation. After all, they're the ones servicing clients with big sustainability agendas and CSR policies. With that in mind, about a year ago we began reaching out to various London based agencies, to get a sense of who was interested. We struck gold with Ogilvy & Mather, who were already doing a great deal of work in the area.

Over the past year we've collaborated with their production team and environmental manager to create comprehensive guidelines for best practice. They're based on the principals that many production companies and freelancers are already familiar with, and are guidelines sent out to the production company ahead of every moving image project. This is the story of how the document came to be, written by Clare Donald, Ogilvy & Mather's Chief Production Officer. Clare is a massive AdGreen advocate, and has been discussing the guidelines with Kim Knowlton who heads up the IPA's Broadcast Production Policy Group.

If you're an advertising agency employee or TV department freelancer, take a look at our agency page, with advice on incorporating sustainable practices into advertising production. How about using the Sustainable Production Agreement as standard in your TV department?

Back in 2011, as part of our ISO14001 audit, we at Ogilvy and Mather London started to look at how our environmental credibility around the production process could be improved. Rachel Smy (Environmental Manager, Ogilvy UK), began to engage with Fiona Battersby (Head of Business Affairs), and together they developed guidelines for sustainable production in film. We decided to make the commitment to our guidelines a mandatory part of our production partnerships, and attached an addendum to all production company contracts to sign. The response was very positive, and collaboration has been very encouraging.

In April of this year, following consultation with AdGreen's Jo Coombes, and participation in the BAFTA training around green issues in film-making, we pushed the guidelines further. We’ve adopted all of the good practice initiatives that AdGreen are promoting, and again expect our partners to work with us. So far we’ve had a great response. Biscuit's Rupert Reynolds Maclean emailed us upon receiving our document:

‘I’m so happy that Ogilvy have taken this on. It’s something I’ve been really passionate about supporting and administering on all productions for the last few years and it’s great to also have agency and client support on it as well.’

Our internal production facility, run by Andrew Porteous, are passionate about being green too. We print as little as possible, re-use sets (such as on a recent Philips job we worked on with Palma Pictures), and avoid use of disposable water bottles wherever possible. They feel like small steps, but the cumulative effect is not to be dismissed.

Ogilvy & Mather London is really proud to be pushing the industry for a more responsible approach to production. As a team, we’re all committed environmentalists and feel very strongly about doing our bit to reduce our impact upon global warming. It feels as though there is very positive momentum, and we’re looking forward to exploring any and all opportunities to reduce our carbon impact further. 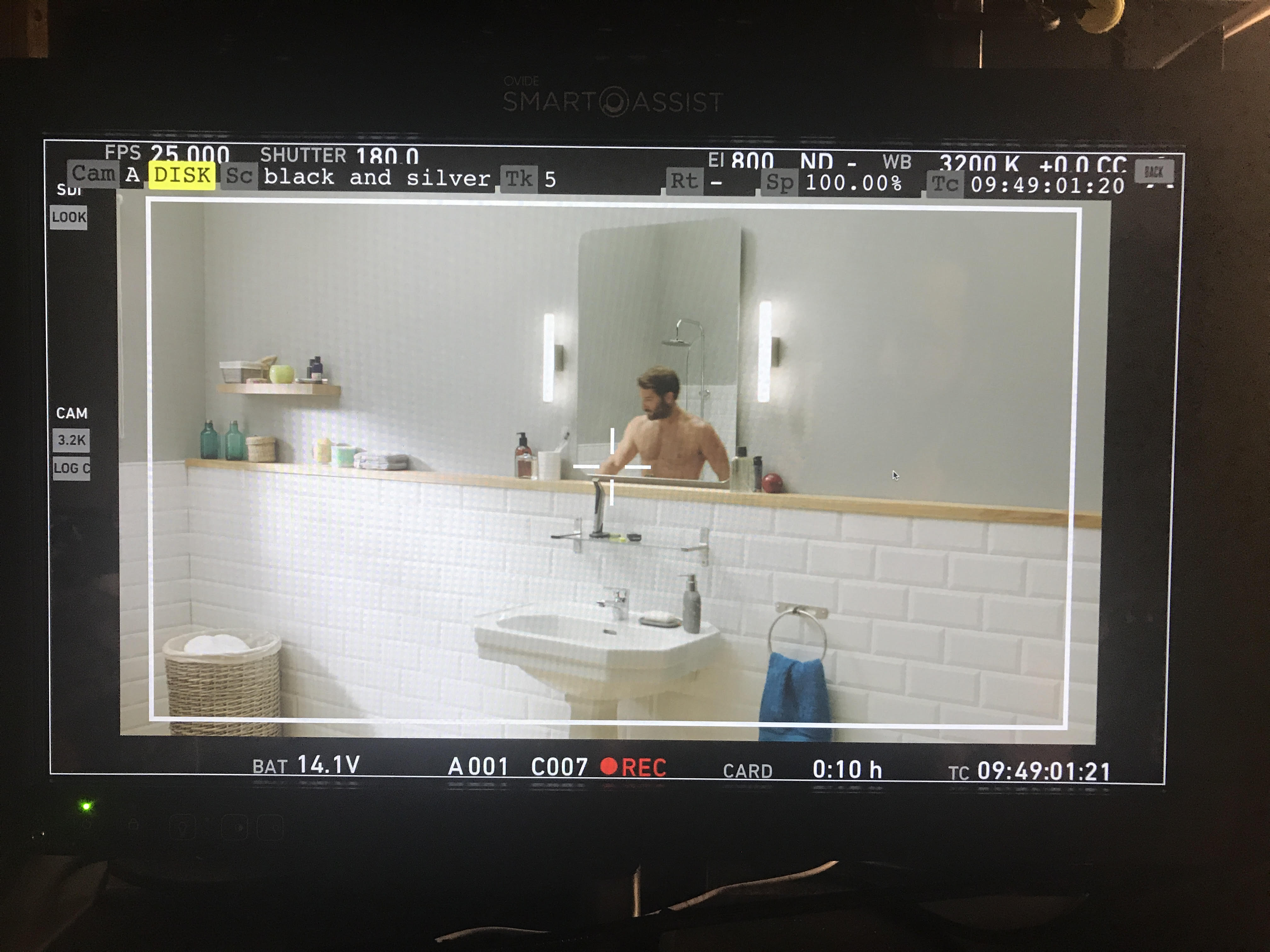 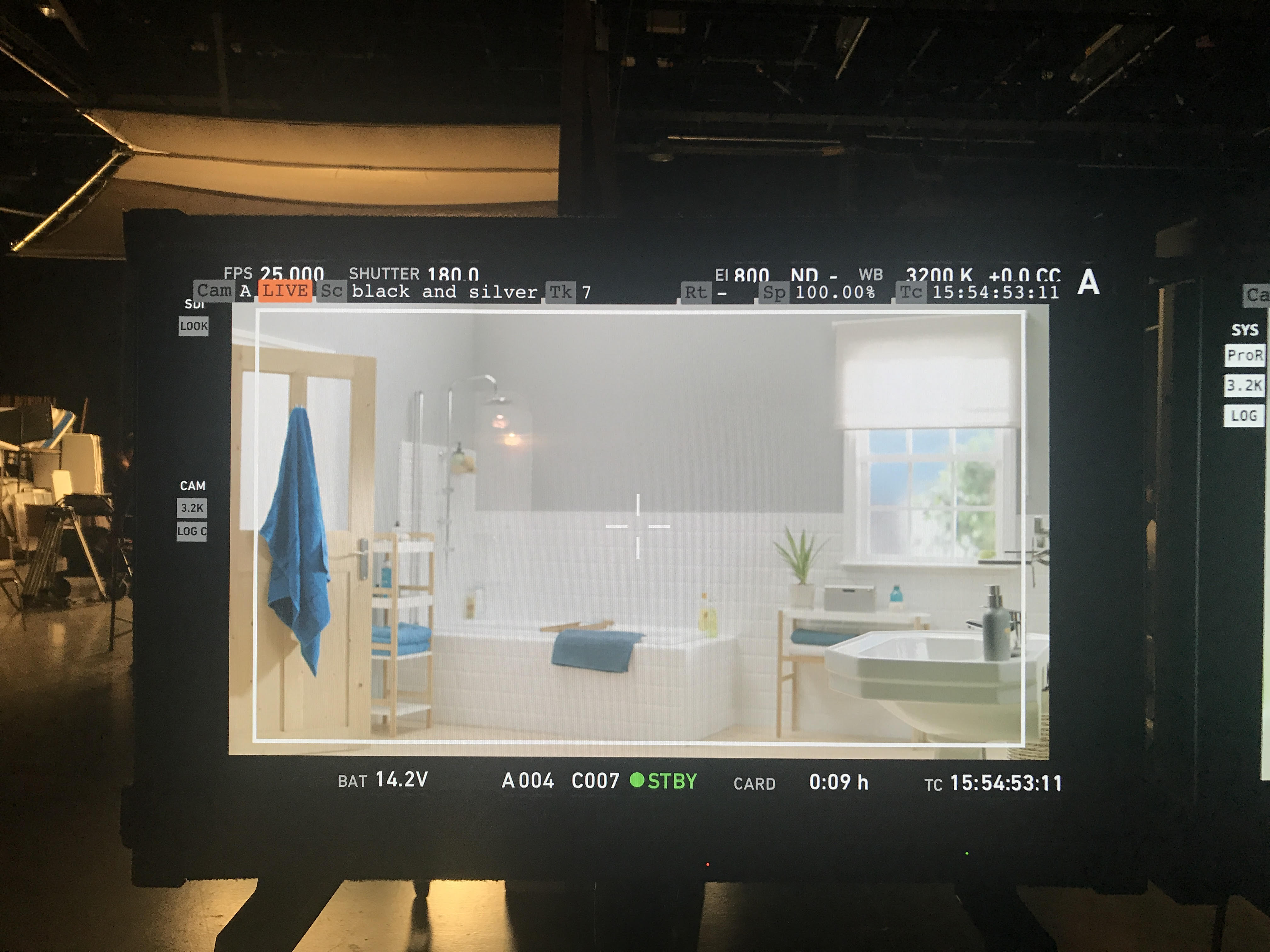 The Philips set... getting reused!