Last week, we had our second Green Production Get Together! Like the first one back in March, it was again hosted by The Mill in their 5th floor bar, and was well attended with a mix of production people, agency staff, crew and suppliers. 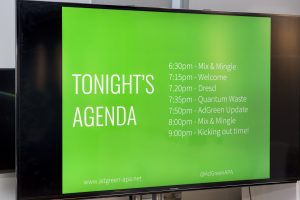 After a bit of mixing and mingling, we kicked off by recapping the Five Easy Things that we introduced last time. There were many new faces so I thought it best to bring them up to speed! Designed to give everyone simple things they could take away and implement on their next shoot, I briefly explained each item, and how I'd implemented them all on my own shoot the previous week:

After running through the Five Easy Things, I gave my top tips for success - one of which is making sure everyone knows what'll be expected of them on set. On my most recent shoot, after sending my call sheet out with the green info on it, I texted all of the crew the night before to remind everyone to bring a water bottle. To my utter delight, pretty much everyone did! I think plastic has gotten so much bad press recently that people are beginning to understand why they're being asked to try and change their habits. And the more of us that ask these things of attendees, the easier it will be for all of us. Anyway, I digress.

I'd lined up two speakers for our second Green Production Get Together, and for the first, I was thrilled to have Lynn McFarlane, CEO of Dresd. Working in the broadcast industries since 2012, the organisation works closely with productions to consult on set builds - looking at sustainably sourced materials and well as pre-used ones, and also to coordinate strikes so that as much can be recovered for reuse as possible. Based in Cardiff, they've worked on many high profile TV and film projects, recently the breakdown of the BBC's Doctor Who set, and the Doctor Who experience. A staggering 118 tonnes of recyclable materials were recovered, including plasterboard and flattage from the set's skeleton, plus furniture, signage and props. So far these materials have been used to create events such as the BAFTA Cymru 2017 awards, as well as a major office fit-out in London. Anything not earmarked for upcoming projects has gone into Dresd's stores: a large warehouse space that the company has recently taken on to store their enormous inventory. Working towards a circular economy, their aim is for materials sent out from the stores to be collected again upon wrap, and put back into the store for further reuse. 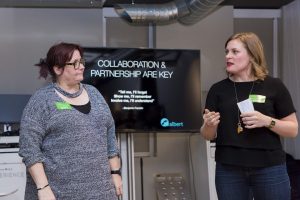 Lynn from Dresd with Jo

To clarify how we in advertising might work with Dresd, Lynn told us that they can provide an initial consultation on any set build based project for free. After the consultation, your production designer or art director can hire any number of items from the stores (usually more cheaply than buying new or hiring from prop houses). Whilst they don't yet have an online inventory, the team there have an almost encyclopaedic knowledge of what's available - and basics like plasterboard and flats are always in stock. Dresd can also provide construction crew for the build, standby and crucially, strike. Their crew are trained in striking sets so that the maximum amount of materials can be salvaged and put back into circulation. Therefore even if your HOD would prefer working with their own crew for the shoot, you can still bring in a team from Dresd for the strike itself. I can't wait for a set build job to do this properly - so far I have only used Dresd to collect materials on wrap, having not started my recent jobs early enough to get them chatting with the Production Designer from the beginning. If you have a shoot coming up and want to get Dresd on board, drop Lynn a line. Make sure you tell us too, as we're looking to feature a production using their services in early 2018. 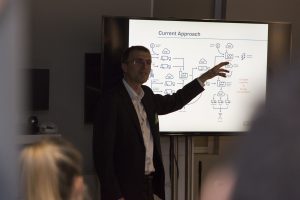 After Lynn's presentation (and a short break...), it was Adgreen favourite Javier Rojo's turn. Javier is the manager of Quantum Waste, our recommended recycling and compost collectors when shooting out on location. Having worked in our industry for just over a year, they have a good understanding of how we manage shoots, and what kind of waste we generate (pretty much everything). Having just heard from Lynn it was quite sobering to wonder just how much waste we could actually divert from being recycled and instead send for reuse, by collaborating with an organisation like Dresd. It's really just a case of joining up all the pieces of the puzzle. Javier explained how simple it is to book a collection with them: "just like booking an Uber", and what happens to the waste once they get their hands on it (quite literally, as it is hand sorted by them in Deptford). There's lots more info about them on our Waste Management on Set page too.

Once Javier had finished up, I gave a quick update on our latest offerings: our new agency section, and the Sustainable Production Agreement which is designed to help agencies and production companies collaborate on their shoots by providing a checklist of what's potentially achievable.

Just like last time, we also invited some of our favourite suppliers down to chat with everyone about how their products and services can make their next shoot more sustainable and responsible. This time around we had reps from Get Set Hire, Casting Networks, We Are Find, Connection Crew (who work with the homeless and train them up as event crew), 100% renewable energy powered Sunbeam Studios, and food redistribution charity City Harvest. The reaction to the evening was great, and really uplifting - it makes what I do, along with the efforts of my team of helpers, worthwhile. Bring on the next one!

If you fancy seeing us again before Christmas, we're co-hosting the Green Zone at Focus 2017, a conference at Islington's Business Design Centre aimed at production companies. In collocation with BAFTA's albert, we'll be there on Tuesday 5th and Wednesday 6th December, running a workshop on Tuesday, and hosting drinks on Wednesday - in the pub that Dresd are building! If you'd like to RSVP for the drinks, click here (you'll need to be signed up as a delegate first - do that here - it's free!). 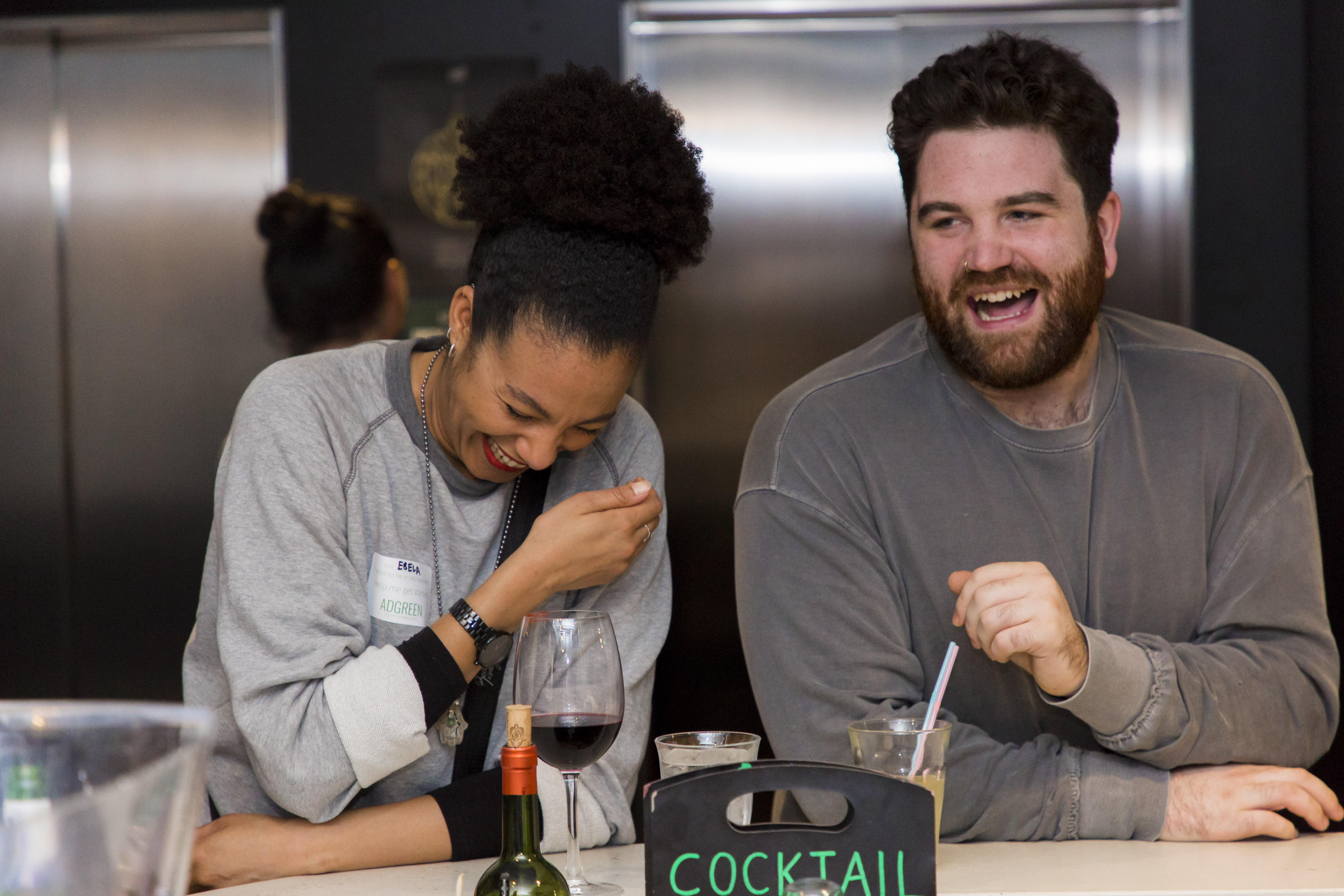 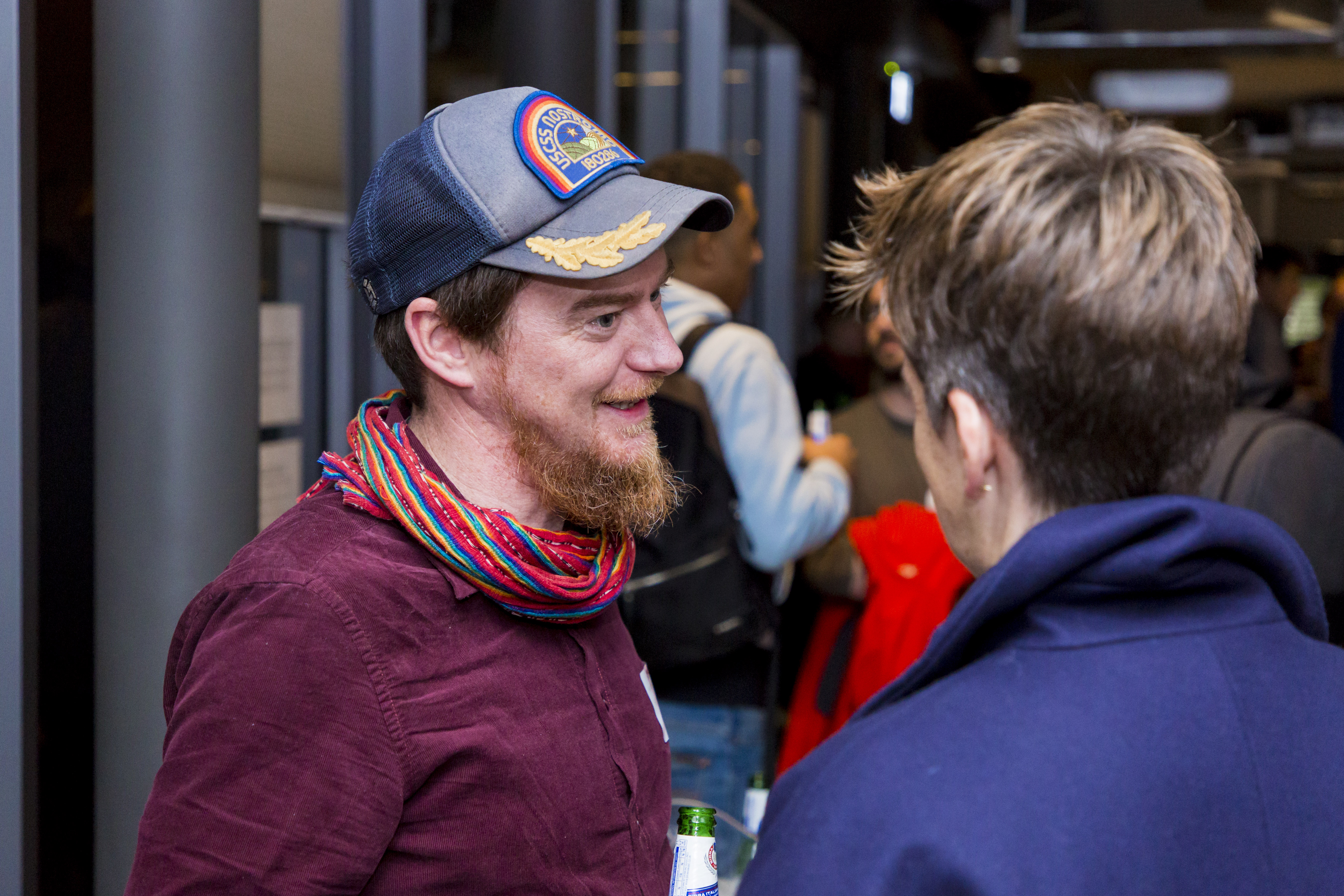 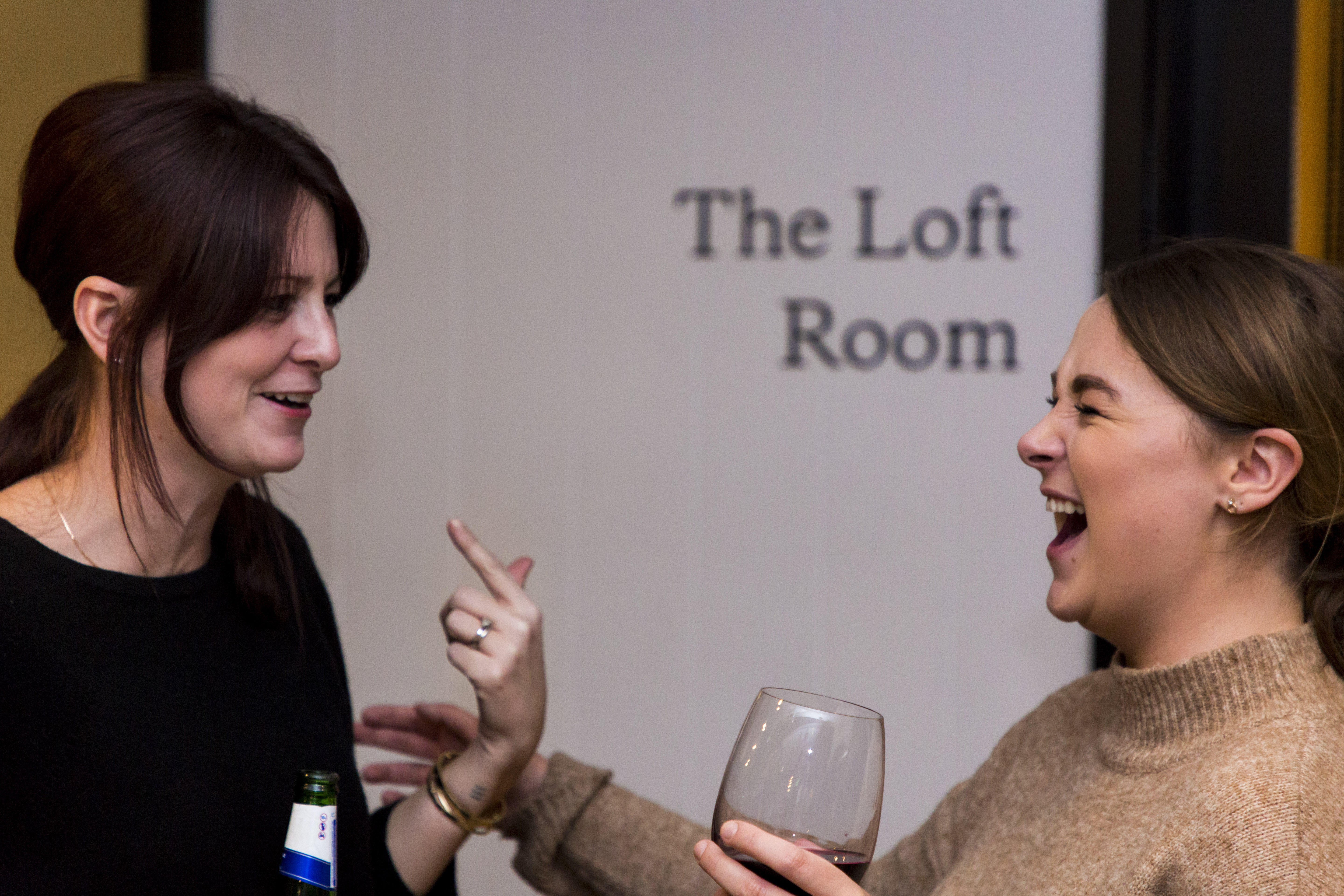 You can see all the pictures from the event here.